The Whitney Group was involved in the redevelopment of a vacation property on Stonewall Island on Lake Muskoka, Muskoka Ontario. 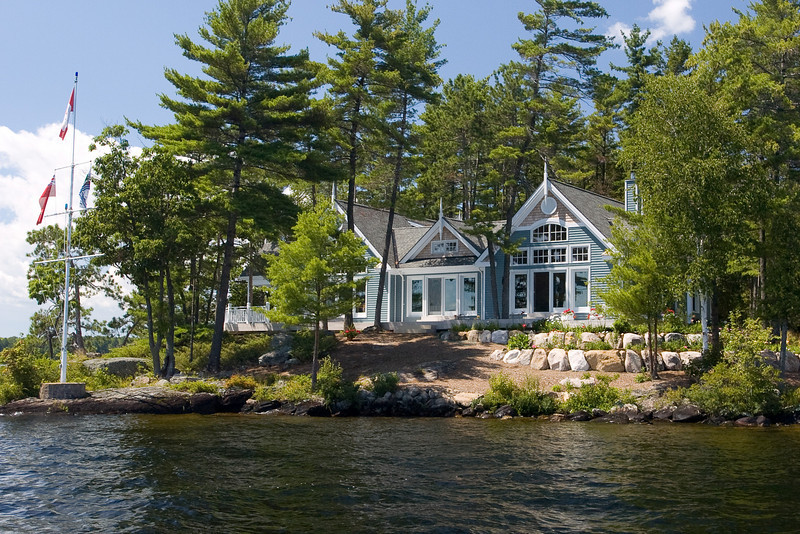 The island project had its challenges from logistics to the small property footprint to agency approval progress.

Initially, the property was restricted by a development freeze due to a designation along one shoreline of the property as a fish breeding area resulting in a setback that restricted any expansion on the property. After employing environmental experts to review the designation, we were able to have it removed by legislation, thus allowing the project to proceed. The other challenge was the small foot print of the property with regards to the septic system. A traditional raised bed was not feasible therefore more modern sewage treatment systems were required. 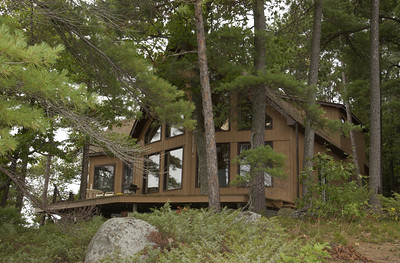 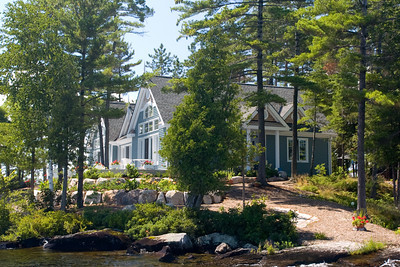 The Main Cottage redevelopment included the construction of a new addition for a expanded kitchen, dinning area, living room, and master suite. The existing cottage was renovated to house guest bedrooms and a sitting room. The existing cottage renovation also included a substantial restructuring and removal of the front angled wall and reconstruction of a new front wall to match the balance of the new architectural concept.

In addition to the building construction, extensive landscaping was done. 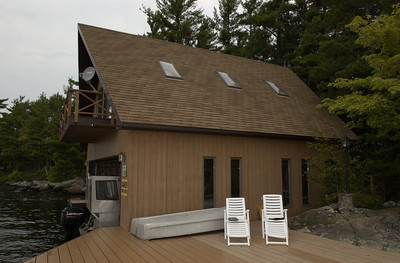 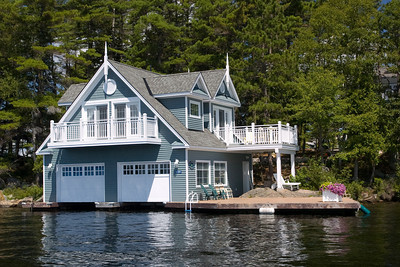 The Main Boat house redevelopment included alterations to the docks to create 2 slips instead of one large slip. The existing upper sleeping quarters were renovated to include private bedrooms and a a sitting area for guests as well as a new deck. The architectural scheme was changed to match the overall scheme. 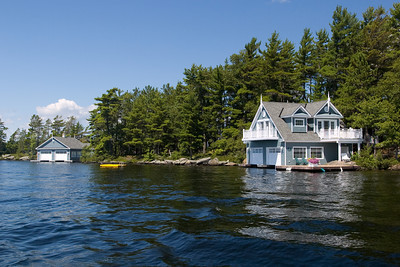